Conflict free minerals are the talk of the town at the moment. Since the introduction of the Dodd Frank Bill in the USA; requiring all companies dealing in Tin, Tantalum, Tungsten and Gold from countries with known conflicts (or bordering with) in east Africa, notably Democratic Republic Congo (DRC), to have full traceability on their supply chain. This transparency and traceability on supply chains is now an issue of legal compliance for the USA and the EU is actively talking about introducing the same legal requirements for all member states. 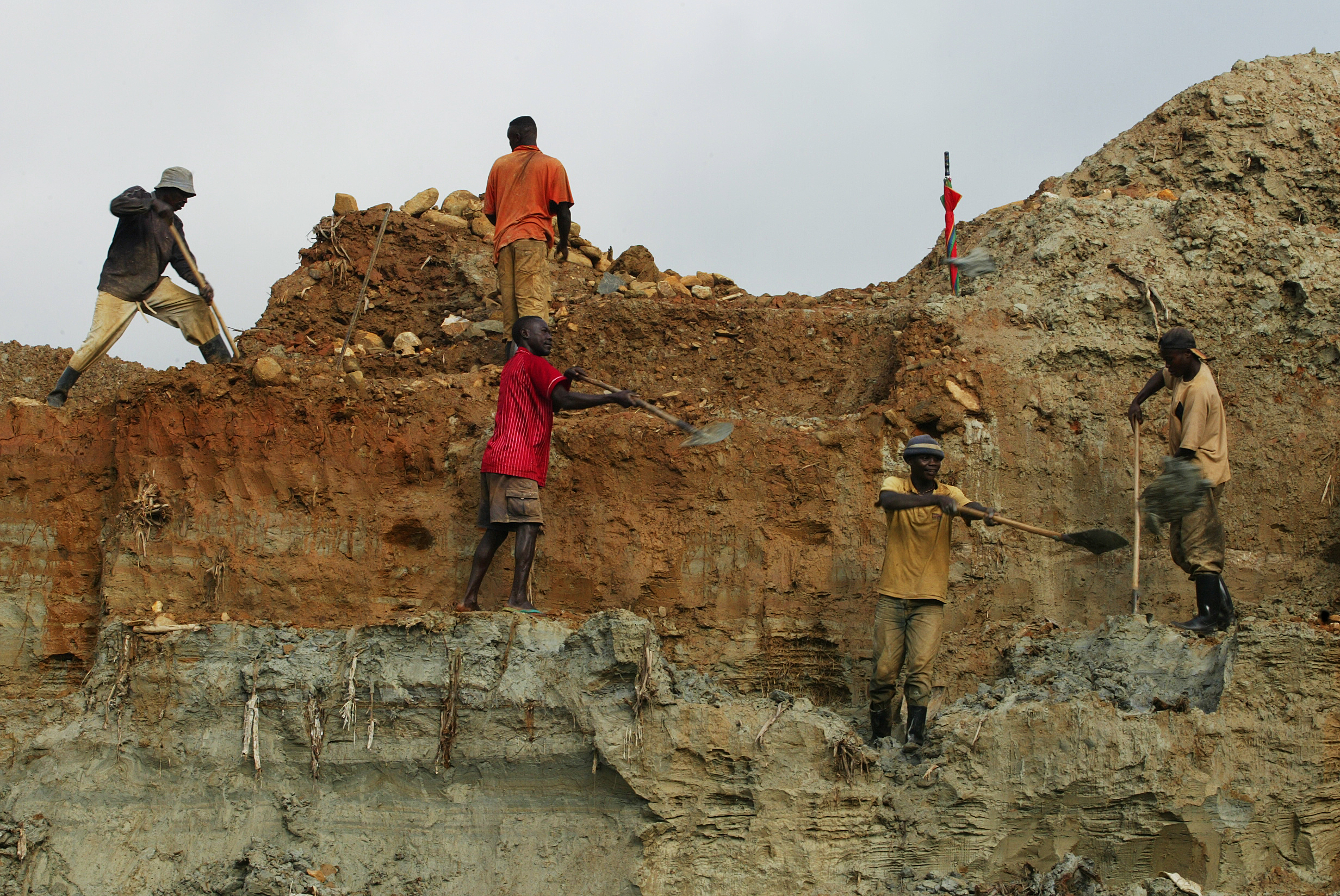 Gold Miners in the DRC

Let us be very candid for a moment. The above metals impact our daily lives. As jewellers we use gold for our work, we use the other metals to drive our computers, technology and machinery. In fact without the above 4 metals, the modern day jewellery trade would be dead and we would all be out of work. These economic drivers that the Western and Chinese economies have created have been a major contributor (but not the only one) in sustaining the conflicts in DRC and beyond.

In June of this year The World Council (WGC) published its consultation paper on Conflict-Free Gold. This was partly in response to Dodd Frank and the Organisation for Economic Co-operation and Development (OECD) Due Diligence requirements for responsible supply chains from conflict – affected areas. All this jargon speak in short means, companies are now being legally required to declare where their gold comes from and be able to prove it. This has to be seen a very welcome development in our industry.

I summaries below the WGC outlines of how it would like to address this critical issue on behalf of its members.

The WGC is an industry funded body whose aim is to;

‘Be the market development organisation for the gold industry and the global voice of authority for gold’.

It is made up and funded by its members, all of whom are large-scale gold mining companies. As a long-term advocate for transparency and traceability in the gold supply chain, this development is very welcome, even if it has come about through enforced legal compliance rather than core ethical commitment on behalf of WGC members.

There are however a few caveats that need to be clearly stated in order for jewellers to have a rounded and objective perspective on the impact that this process will have for our industry.

Firstly it needs to be noted that WGC only represents the big mining companies and therefore does not speak for the majority of people working in the gold sector; namely the Artisanal & Small-Scale Miner (ASM). Therefore any implementation of this process will only benefit large-scale actors and their subsequent customers. A WGC representative on a recent call estimated that WGC members directly employ around 300,000 across their global operations. This in real terms is less than 15% of people who directly make a living from mining. I know of at least 100,000 small-scale miners on one site in DRC alone, proving the point that ASM is the majority in the mining sector.

Secondly this process will not address the root causes of the conflicts in the affected areas. Poverty and the unequal distribution of wealth remains the complicated elephant in the room when it comes to the resource curse of gold. When any minority have access to wealth and by default deny the majority a share of that wealth, conflict will always occur, whether violent as in wars and rebellions or passive in the shape of extreme poverty. Although it would be overly simplistic to say that WGC members are to blame for this, there can be no denying the fact that the majority of money that WGC members make will leave the country of origin and operation. This is a tangible resentment felt by affected communities living next to WGC members operations

Thirdly, as WGC do not represent small-scale miners, they are unable to enfranchise the majority communities who have been the majority victims of the many conflicts in East Africa. A March 2011 press release by artisanal miners in North Kivu, DRC stated ‘Die by the bullet or die by starvation‘ when they found out about the Electronics Industry Citizenship Coalition embargo of Tin, Tantalum and Tungsten production. ASM’s vulnerability; politically, economically, socially has meant they are the exploited and silent majority in any conflict, easily manipulated by all parties concerned and the ones who bear the brunt of any violence that breaks out.

If the ASM sector is not included in the bigger dialogue with the OECD and the WGC process then I fear the unintended consequence of this entire process, will be that it will create a further marginalising of the majority ASM actors and a ripe environment for greater levels of conflict. This in turn means jewellers will have to continue to deal with the accusations of using conflict gold, even with the above processes in place. Its will turn out like the Blood Diamonds from Zimbabwe story even with the Kimberley Process claiming that the Emperors Clothes are looking very fine.

As jewellers we need to be aware of the background to our supply chains. As an ethical jeweller I want a permanent and secure solution to the conflict minerals problem that creates wealth for everyone.

About the Author: Greg Valerio MBE