The statement below is from Greg regarding the award of an MBE in the Queens New Years Honour list 2016 for his work in Fairtrade Gold and with gold mining communities in South America and Africa.

In 1999 I stood on top of half a hill overlooking gemstone mining slaves in Rajasthan India. It was in the burning heat of that desert I realised that we in the jewellery profession stand on the backs of poor, the exploited and down trodden. It is from them that our wealth and luxury emanates and upon their broken backs that our balance sheets are made whole.

In agreeing to accept this award, I do so in the knowledge that there is a long list of people, too many to mention here, whom I am greatly indebted to. Without them there is no Fairtrade Gold for which an award can be given.

I wish to thank the following people for their lasting support and encouragement. This award belongs to all of us and I hope that it will embolden us all to keep fighting for fairness in the  jewellery trade. 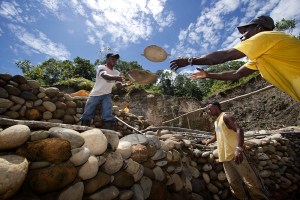 Ameriko’s green gold mine in Colombia

Ameriko Mosquera, Aristarco Mosquera and the Afro-Colombian community in Tado, Colombia. Your dignity in the face of historical, cultural, and racial prejudice is an inspiration to everyone. What you pioneered through Oro Verde lives on the lives of the communities whom you may never have the privilege of meeting.

All my colleagues in the international ethical jewellery movement – especially Marc Choyt and all at Reflective Images, Alan Frampton and everyone at CRED Jewellery past and present. Also James Riley for his constant encouragement to focus on fair trade gemstones.

The International Fairtrade Movement, especially, Harriet Lamb and Chris Davis who never wavered in their belief that fair trade principles could be applied to the jewellery supply chain. Fairtrade Africa for all the work they have done to prove that Fairtrade Gold from Africa is possible. Also the Fairtrade miners of Uganda, Kenya and Tanzania, you are a dream come true. Thank you.

To the 16th August Union and the indigenous local gemstone miners. Your eight year struggle for justice to clear your names of false allegations made by the Canadian Ruby Mining Company and the illegal confiscation of your ruby has finally been won. My prayer is that you will complete the task and that the indigenous rights of all Greenlanders to pick up a gemstone and earn a livelihood from this will be reinstated into the mineral act.

To my wife Ruth, and daughters Mali and Jemba, you have supported me unswervingly over the years. Your belief that mountains can be climbed and conquered made it possible.

I am aware of the contradiction associated with receiving honours as a result of doing what can simply be called ‘The moral and just thing’. How is it that 150 million small-scale miners earn less than $2USD a day?  How can it be that the people of the land do not receive the wealth of their land? Instead this wealth flows principally to transnational stock market listed companies and brands, whose only care is for their profit margins. The conceit of luxury jewellery is to ignore this injustice at its source. This is why we need fair trade in jewellery. Fair trade in gems and jewellery will mean transparency, traceability, social, economic and ecological justice through the entire profession. Currently this is not the case in the jewellery profession.

Jewellery and justice are not incompatible and lost to each other. The great challenge we now face is to forge a new luxury jewellery narrative that connects the aspirational emotion of the purchase with the dignity of the source. This is true luxury jewellery, a legacy of peace, justice and prosperity for the communities at the source and a continued celebration of design, creativity and love in the gift that is given.

Gold in the Financial Times 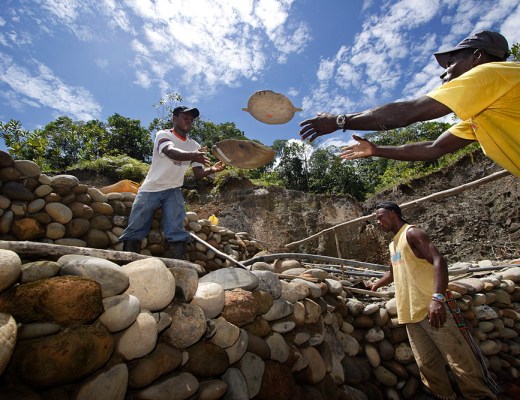 Fairtrade Gold – The Best Gold Story in the World.