Four leading NGO’s have presented their recommendations for action to the NAG & BJA Ethics Committee.

In a no holds barred session Global Witness, WWF, PACT and Earthworks came together in a round table discussion about the challenges the jewellery sector currently faces. Issues raised included the fragile state of the Kimberley Process, new standards on conflict minerals and the lack of representation for artisanal miners in the global drive to meet demands for transparency.

The NGO’s discussed their work on the ground, government policies and the benefits and pitfalls of the various emerging initiatives which aim to improve social and environmental standards for gold and diamond supply chains.

Global Witness gave valuable information about the current crisis in Zimbabwe and discussed the Kimberley process objectives. Global Witness has engaged with many artisanal miners, though explained the difficulty in finding representatives of the miners and found that those involved in the trading of the diamonds tended to have a stronger voice.

‘Artisanal miners remain marginalised from all the debates about the elimination of conflict from the mineral trade and the unintended consequences of all these OECD & WGC initiatives will be no change for the artisanal miner, which will mean no change in the conflict minerals story’

He also raised hard-hitting questions for the most vulnerable developing countries on the robustness of the enforcement of their conflict free mineral policy as businesses rush to meet compliance for conflict free supply chains without the inclusion of artisanal miners in the delivery of the changes.

WWF, whilst not currently engaged in mineral policy, offered the benefit of experience from other sectors such as the cotton industry and agriculture, where the successful creation of  a chain of custody for supply chains have been implemented. Patrick Laine thanked the roundtable for their open approach and for inviting the NGO’s to attend. He commented ‘The complexity of the issue is not a valid reason to avoid solving it’ and suggested that any actions agreed by the committee should be inclusive and mainstream; and ‘not eco-niche’ in their approach.

Karen Hayes of PACT described their work on the ground to implement traceability of ‘bagging and tagging’ gold which was compliant with conflict-free standards. PACT has also created local communication and consultation committees, with their focus on practicality, social, health and safety issues in mines.

The committee also heard from No Dirty Gold campaigners Earthworks, who joined the conversation from the USA via conference call. Earthworks created the Golden Rules for jewellers and have most recently been campaigning against the proposed Anglo Gold ‘Pebble’ copper and gold mine in Bristol Bay, Alaska.

Simon Rainer of the BJA commented ‘It was a hugely informative and interesting meeting’.

Vivien Johnston, who moderated the session, said “These are exceptionally complex issues. The collective experience and knowledge the NGO’s bring to the table is vital for developing a well-rounded perspective in order to tackle the challenges our industry is facing’.

The National Association of Goldsmith and British Jewellers Association Ethics Committee are now reviewing the recommendations made and plan to address these in future round tables with other key parties within the trade and also the banking sector. 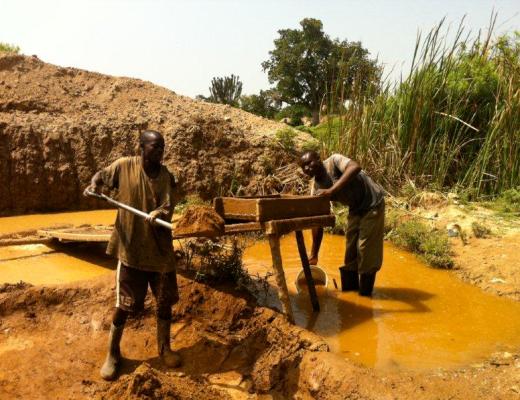 The Treasure of the Sea – Pearls