I trust you are well.

I am contacting you to inform you how unbelievably disappointed, disillusioned and devastated I now am with the state of British politics and regressive leadership now on offer across both parties.

Never in my entire voting life have I witnessed such a melt down in common sense, constructive honourable behaviour and political discourse. A discourse that is rooted in knowingly lying to the public. We stand at a precipice of national melt down, economic stupidity, political extremism across both parties, political obfuscation and distraction, with no discernible current leadership or future leadership in place. We have leaders of both main stream parties who act more in the interests of process and appeasement of political extremes, than they do ordinary working people.

Nationalism is the scoundrel of the soul and this nationalism masquerading as Brexit is ruining our nation, our identity, our hope and for the first time in current modern history, robbing my children and their generation of a better future than I had.

The political system is simply no longer fit for purpose, does not represent accurately the will of the people and represents a return to 18th century elitism and social injustice manifest in extreme wealth and a burgeoning social under class. An under class who work all hours God sends, has to use food banks to feed their children, and faces an establishment who fail systematically to act on the real issues facing us, such as Climate Change, unfettered neo-liberal corporate economics, restoration of common land and space to the public and properly funding social services (NHS, Public Transport, Education).

The way the Conservative and Labour parties have become the vehicles for right and left wing extremism (ERG & Momentum) demonstrates a very concerning and dangerous return to the politics of ideology rather than service in the interests of the common good.

Therefore as a man of faith (Christian), a working man in the land, I know it to be my duty to call out and recognise that The British Parliament no longer acts in the interest of the common good and therefore no longer is deserved of my acknowledgement as a legitimate means of governance. The people of these islands deserve better, and you and your political colleagues have abdicated the right to be recognised as legitimate representatives of the people.

Please convey my feelings to the Government, as the political classes have lost another voter, who will return to the voting booth when politics and democracy returns to the real world and stops behaving like a bunch of spoilt children. 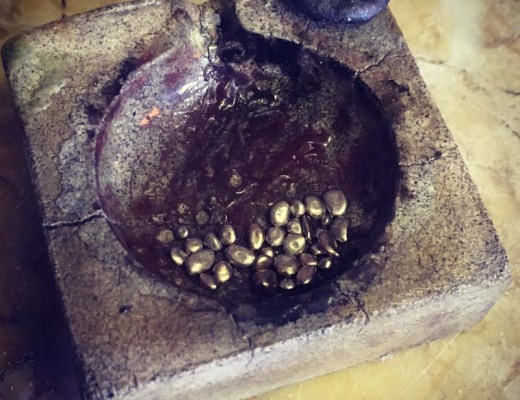 Getting to the truth of ethical jewellery